To celebrate International Women’s Day on March 8, 2017, Kiva set an ambitious goal to crowd fund three million dollars in loans to female entrepreneurs with their Invest in Her campaign. They offered 10,000 free trials of $25 loans, all of which were used by the end of the day. To Kiva’s surprise, lenders not only reached the goal to lend three million dollars to hard working women, they DOUBLED it! Kiva lenders funded six million dollars in loans to over 16 thousand women around the world. Thanks to almost 60 thousand lenders, female entrepreneurs in 62 countries received opportunities to thrive. These loans will have a lasting positive impact on the women they support as well as their families and communities.

Loans from the Hempfield Kiva lending team helped Kiva reach their goal and brought new lenders to Kiva. We cannot wait to see what Kiva will do next year to help empower women and Be Bold for Change. 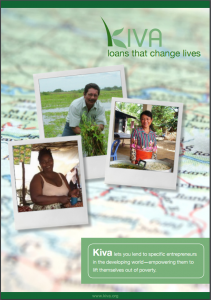 Contributions to Kiva, including the $3.75 processing fee per loan are tax deductible.

NOT AFFILIATED WITH KIVA.ORG

Hempfield Kiva is not a partner of nor affiliated with Kiva.org. We are a lending team on their microloan platform.

Hempfield Kiva promotes an environment where all group members and/or event attendees are treated with respect, and are not discriminated against based on factors such as race, ethnicity, religion, gender or gender identity, sexual orientation, age, national origin, disability, or socioeconomic status.

Many of our images have been generously provided by Kiva to advance its mission of connecting people around the world through lending to alleviate poverty. 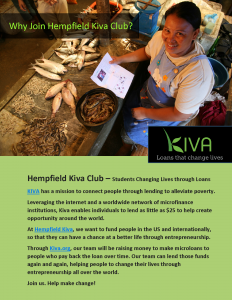 Lending through Kiva involves risk of principal loss. Kiva does not guarantee repayment or offer a financial return on your loan. Currently, Kiva Borrowers repay 96.8% of loans in full.